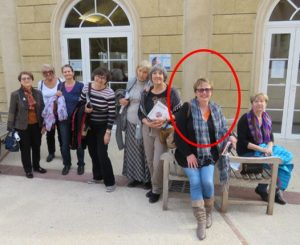 PELIN ERGIN CARLSSON came to reside in PORT VENDRES 10 years ago and quickly integrated into the town, firstly, when she arrived in her neighborhood and was soon adopted by her close neighbors.

Then gradually people started to know about her throughout our area.

She rapidly became a regular supporter and member of the Association Charles Rennie Mackintosh en Roussillon never missing an AGM meeting. She was voted a member of our mananing committee in November 2018.

She spared no effort in providing valuable material assistance in the organization of various events in promotion of this great artist.

She regularly assisted in the opening of the C R MACKINTOSH Interpretation Center , where thanks to her knowledge of the language of SHAKESPEARE, her explanations were appreciated by the many British visitors.

In 2014 she was a candidate for the election of municipal councillor of the municipality and was comfortably elected.

Pleasant, always smiling, erudite, artistic, curious, also attracted by figures, she wished to help in the work of development of the municipal budget.

On the proposal of the Mayor, she immediately accepted her integration into the finance committee where she was attentive and vigilant,  never failing to ask relevant questions.

But more than this responsibility, she firstly didn’t hesitate to bring her personal and effective help to all the activities organized by the commune, but also supported all the Municipal Council  meetings.

Whether in municipal life or in the various associations that she frequented, everybody  appreciated Pelin recognising her resolution, her availability and her kindness.

It is with great regret that we see her leave her adopted city to rejoin her native SWEDEN.

We understand her choice dictated by the health problems experienced by her husband who she cares for and supports as well as possible. 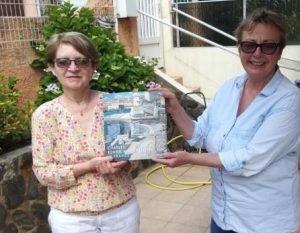 On behalf of the CR MACKINTOSH Association, President Michèle GRAU officially presented her with the book “CHARLES RENNIE MACKINTOSH in France” before she left PORT VENDRES and the France she loves so much.