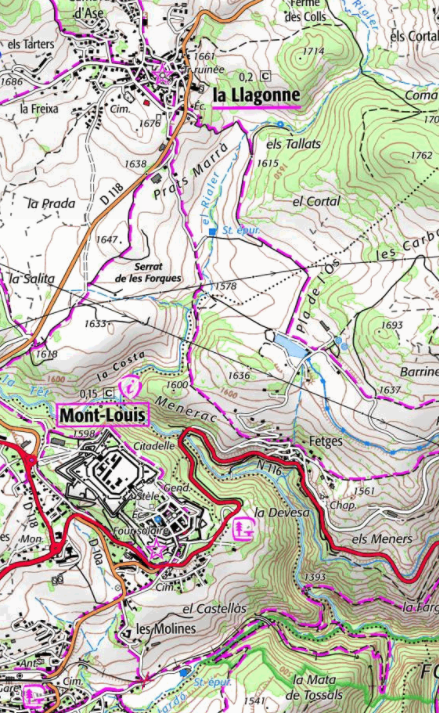 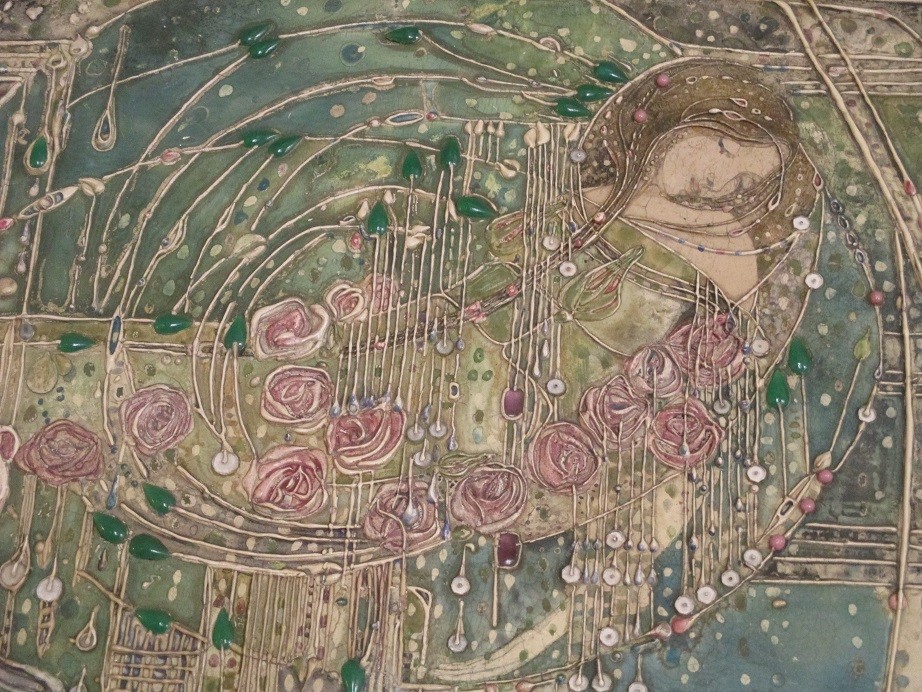 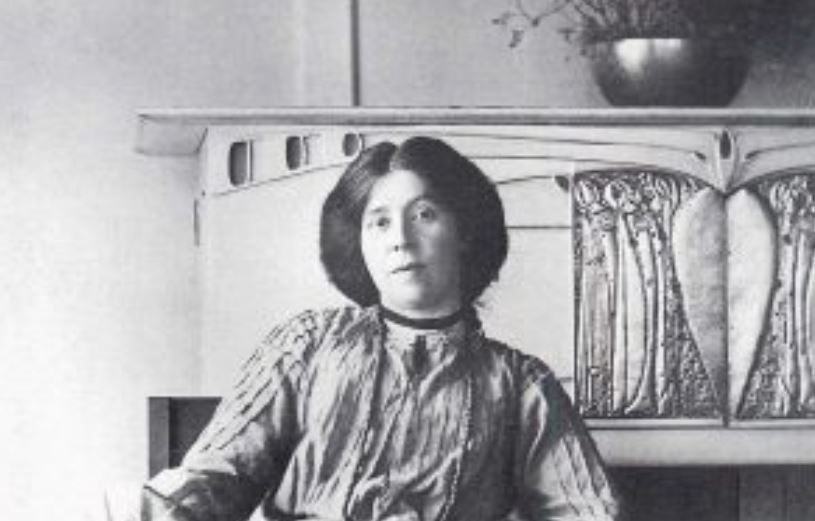 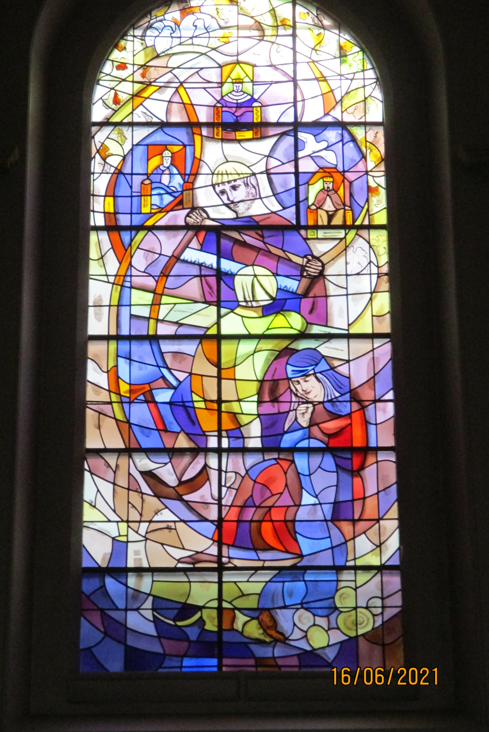 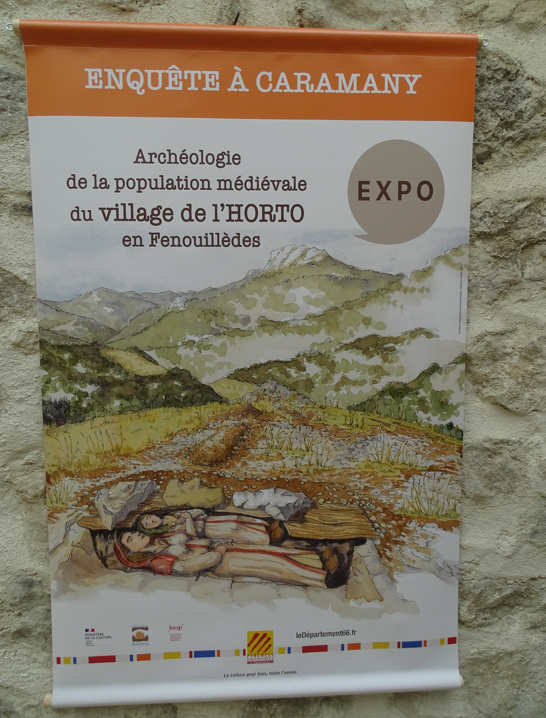 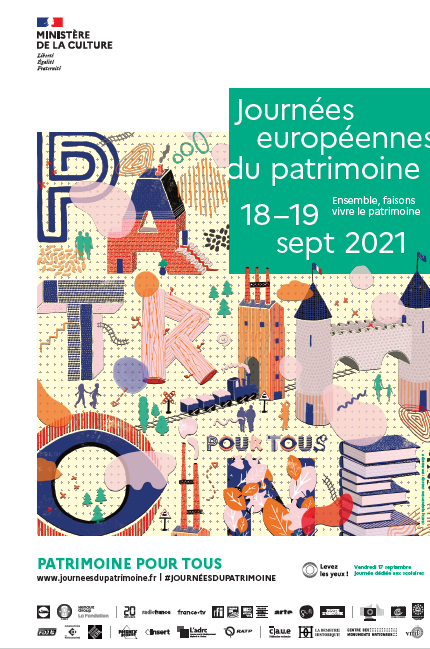 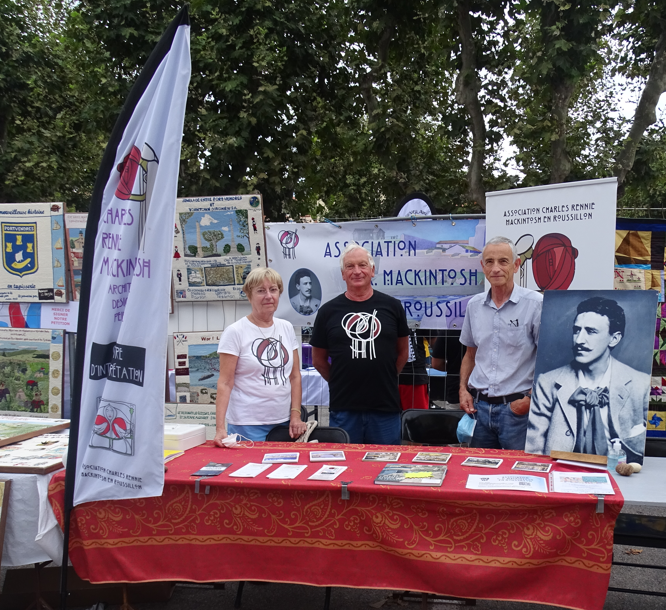 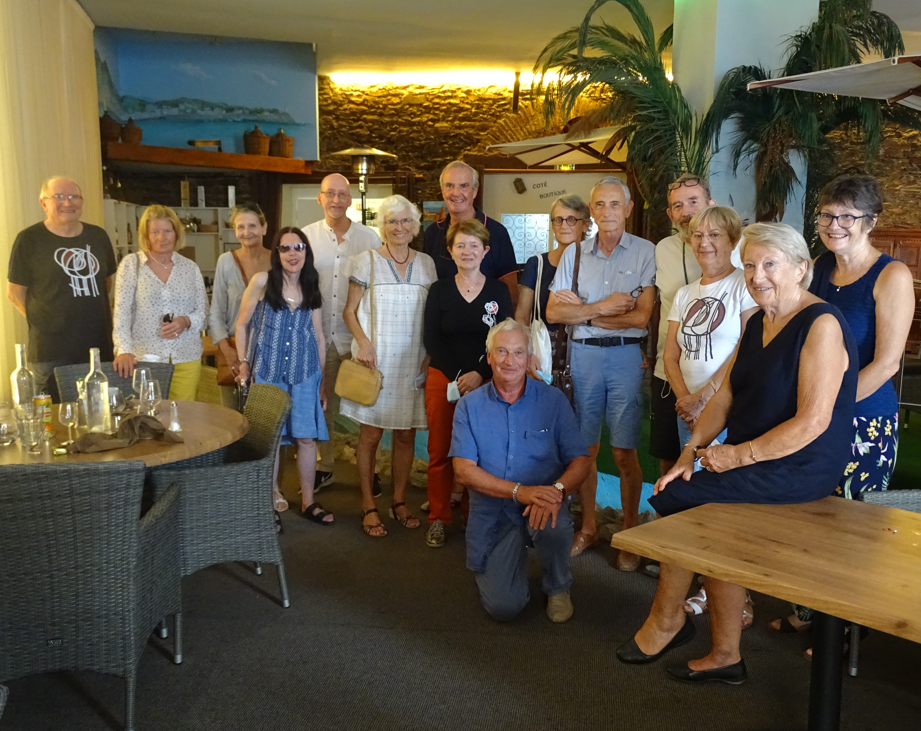 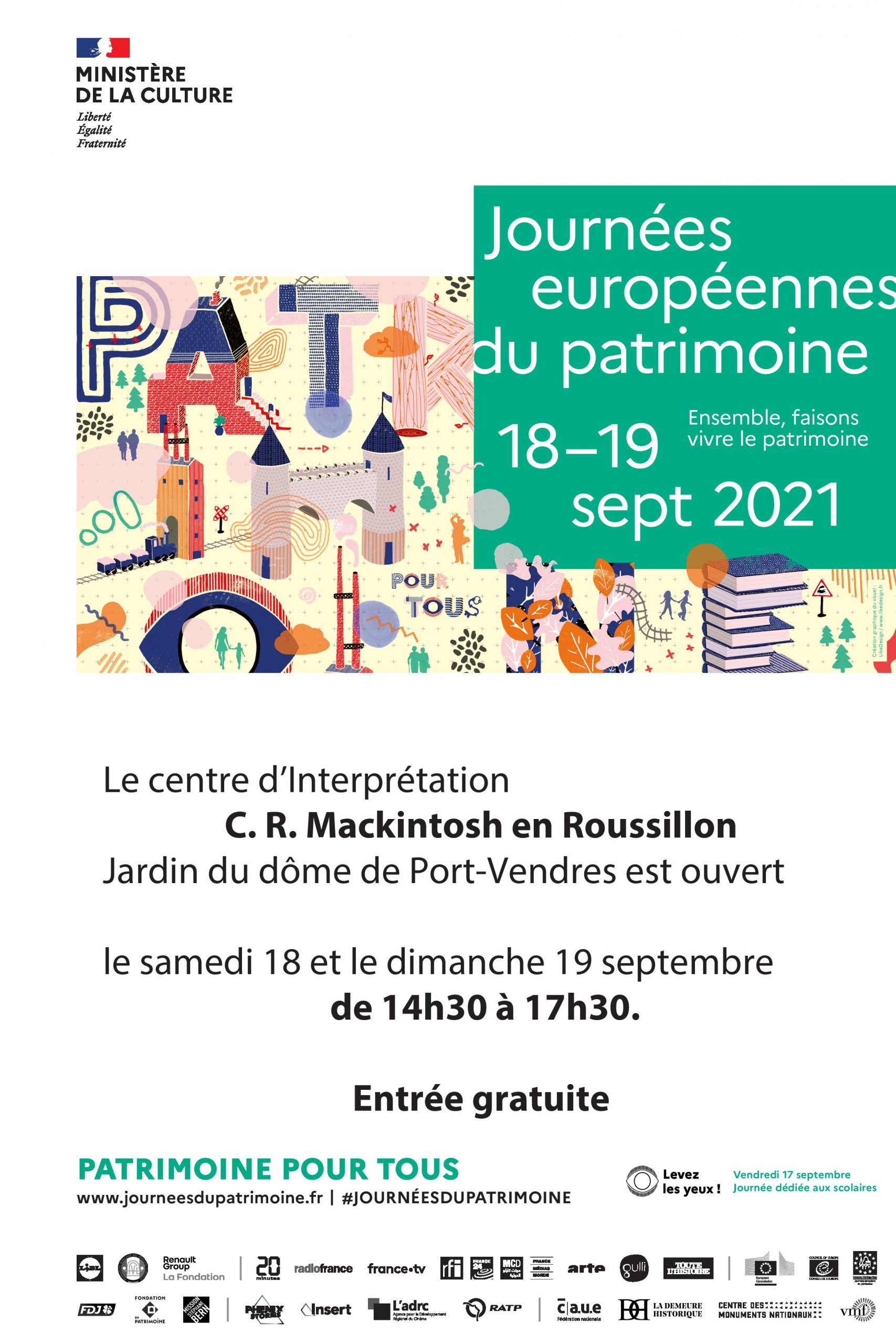 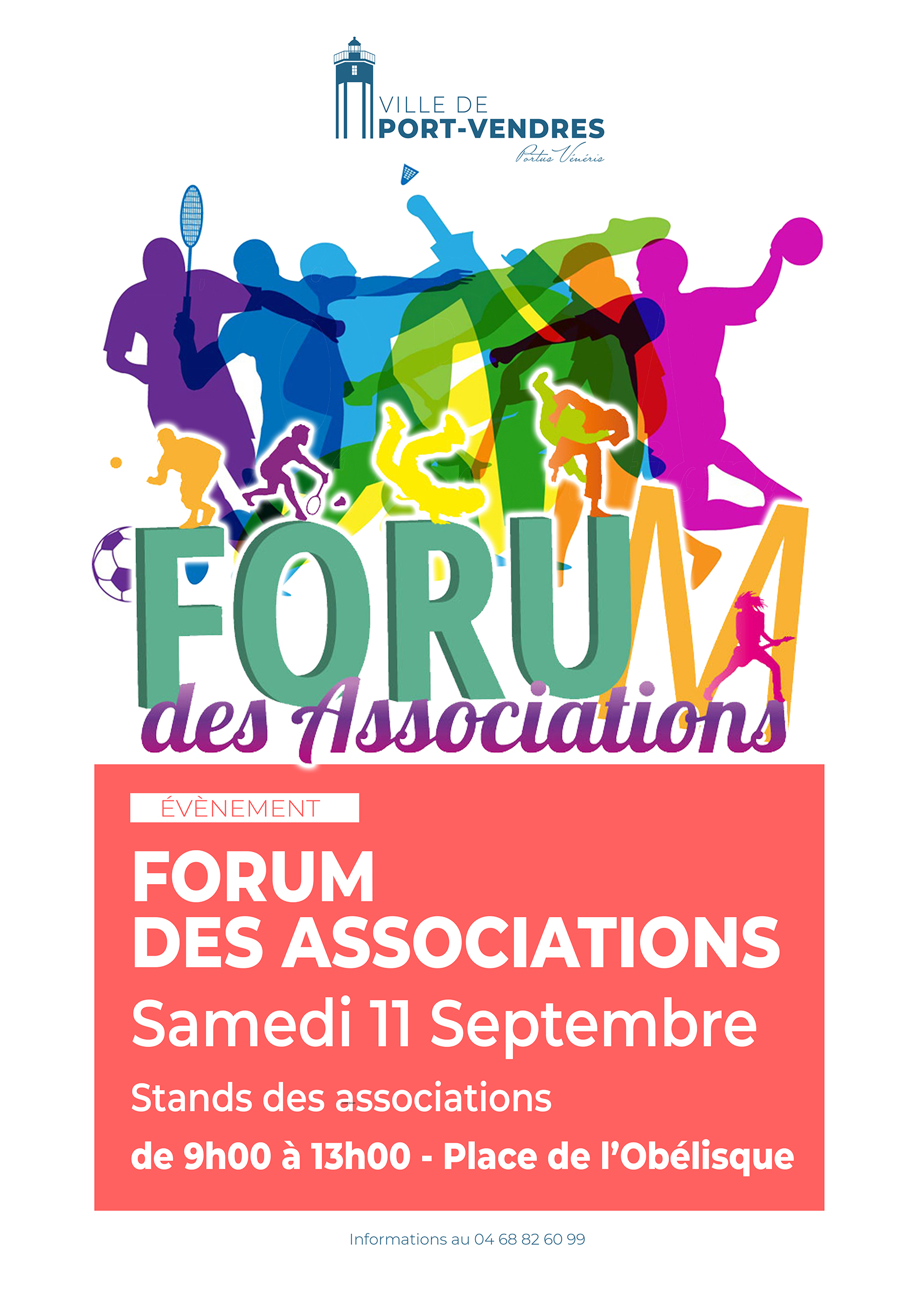 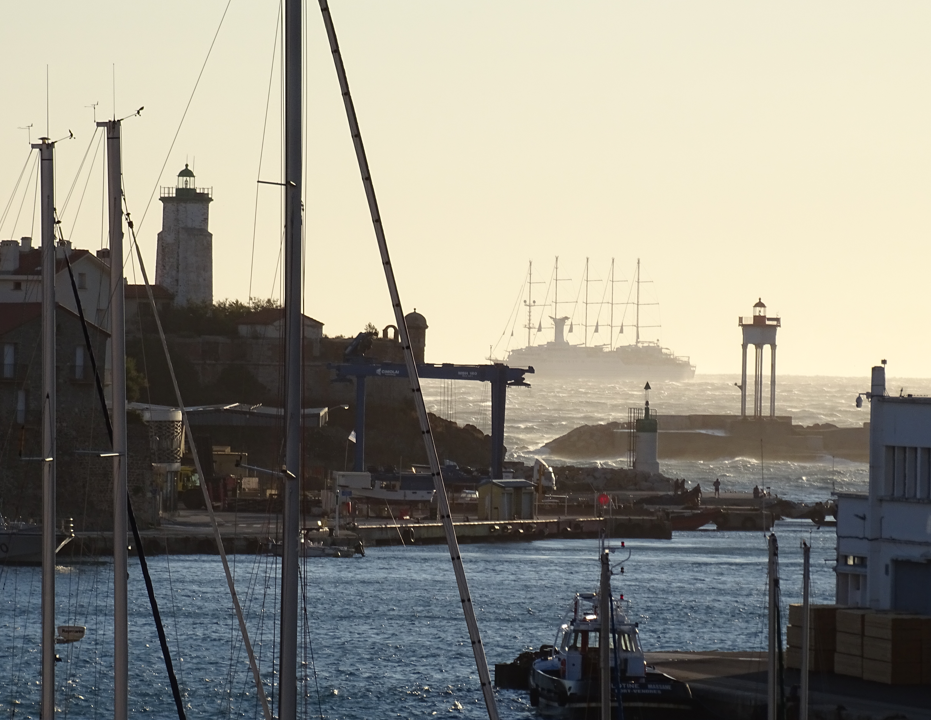 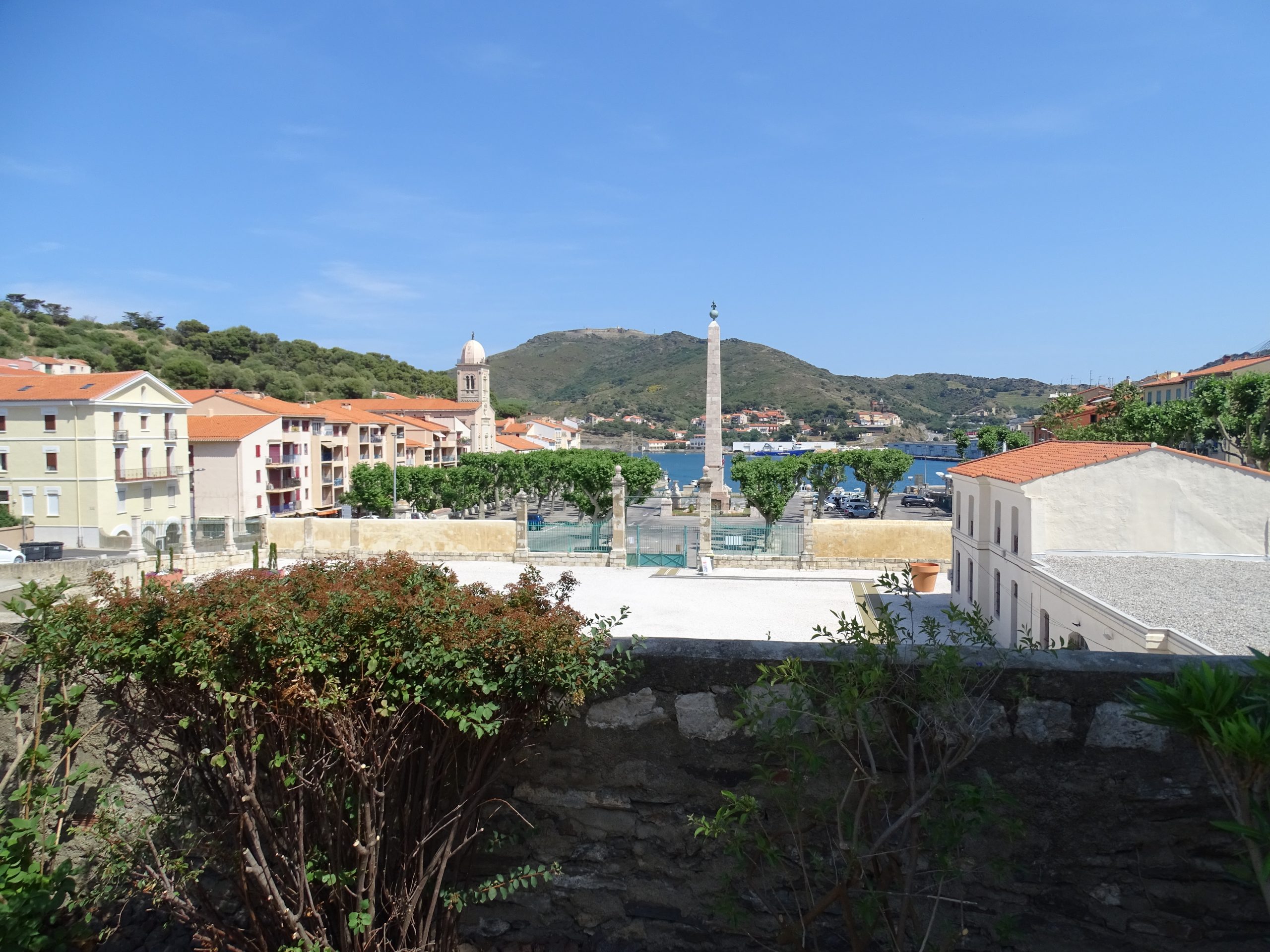 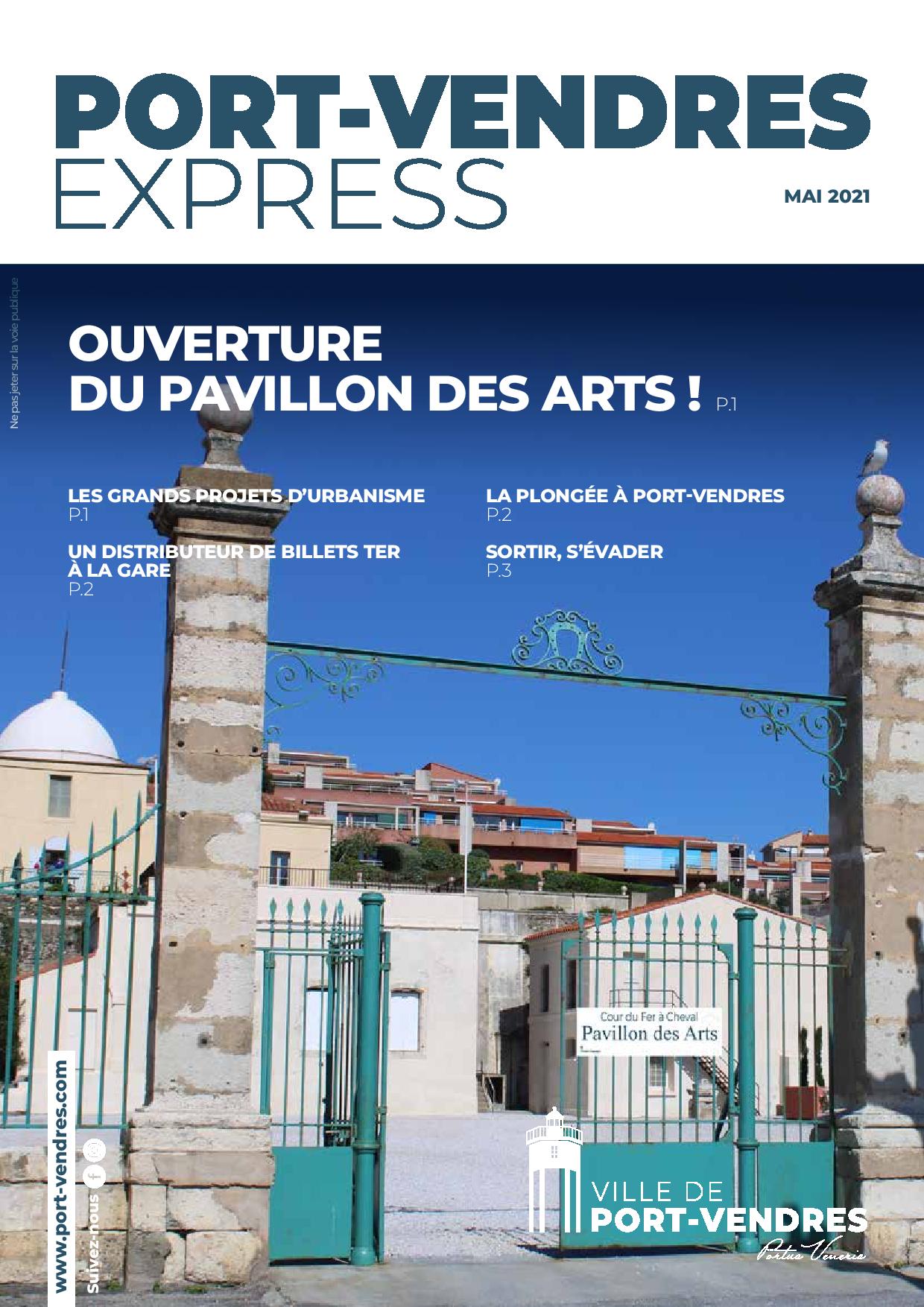 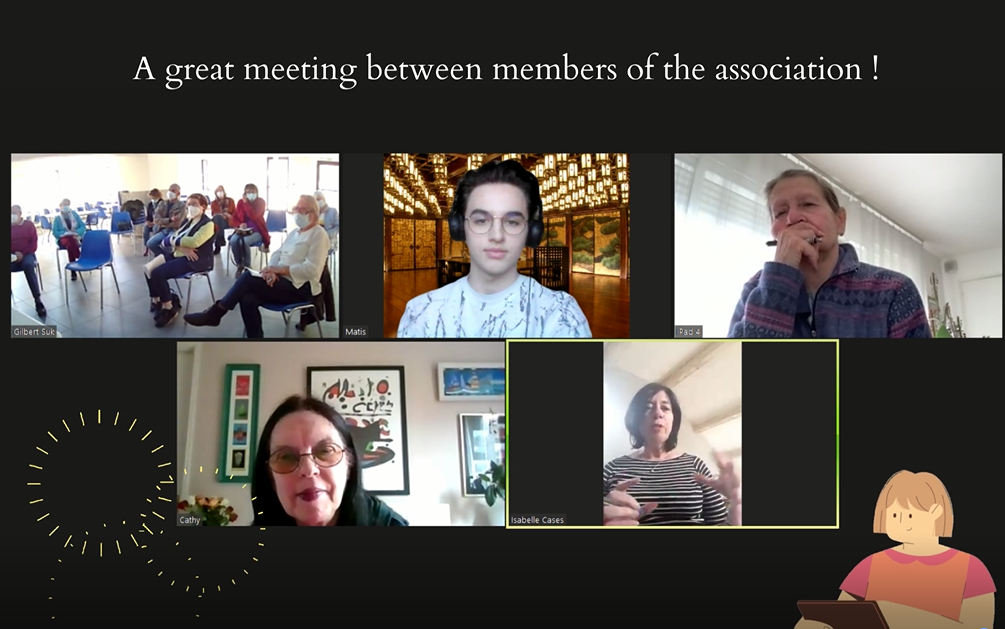 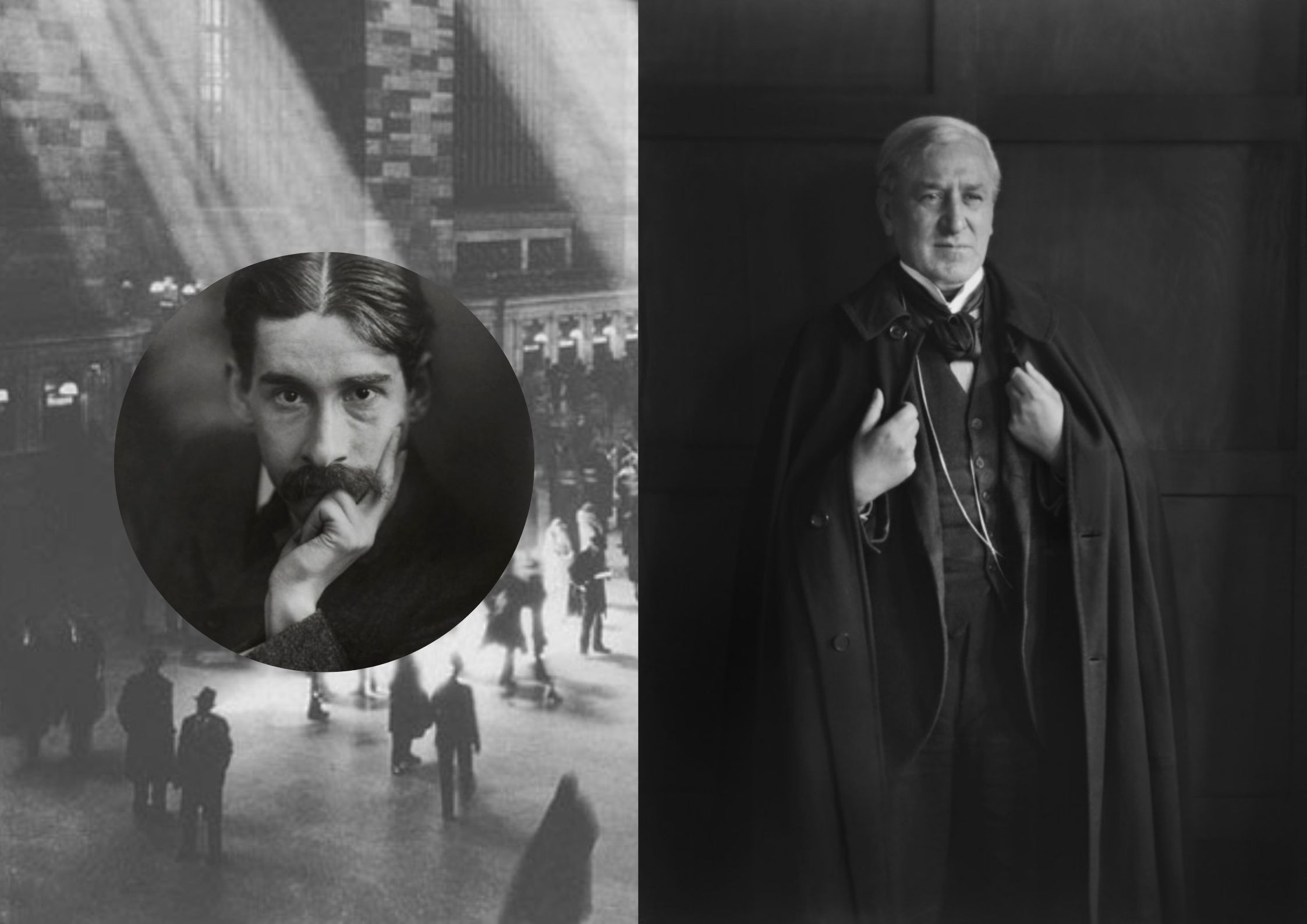 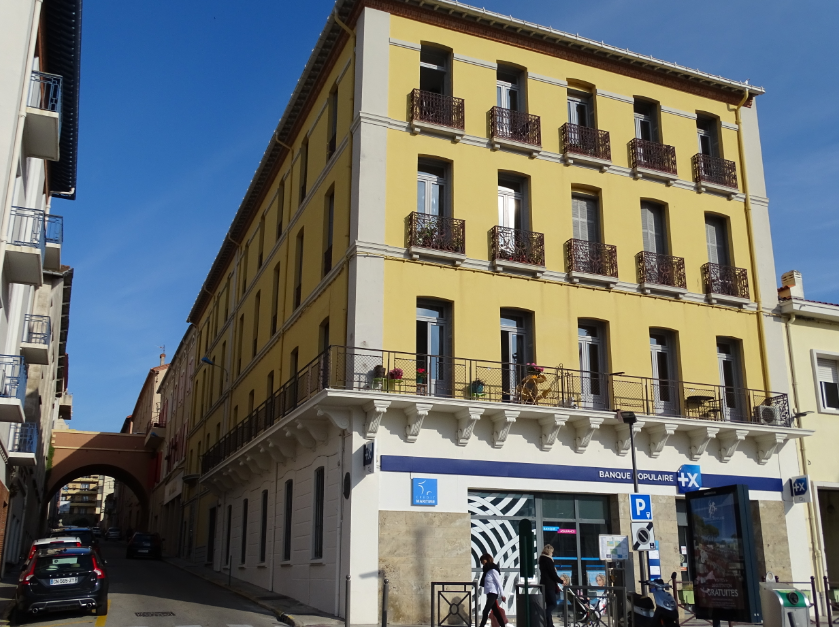 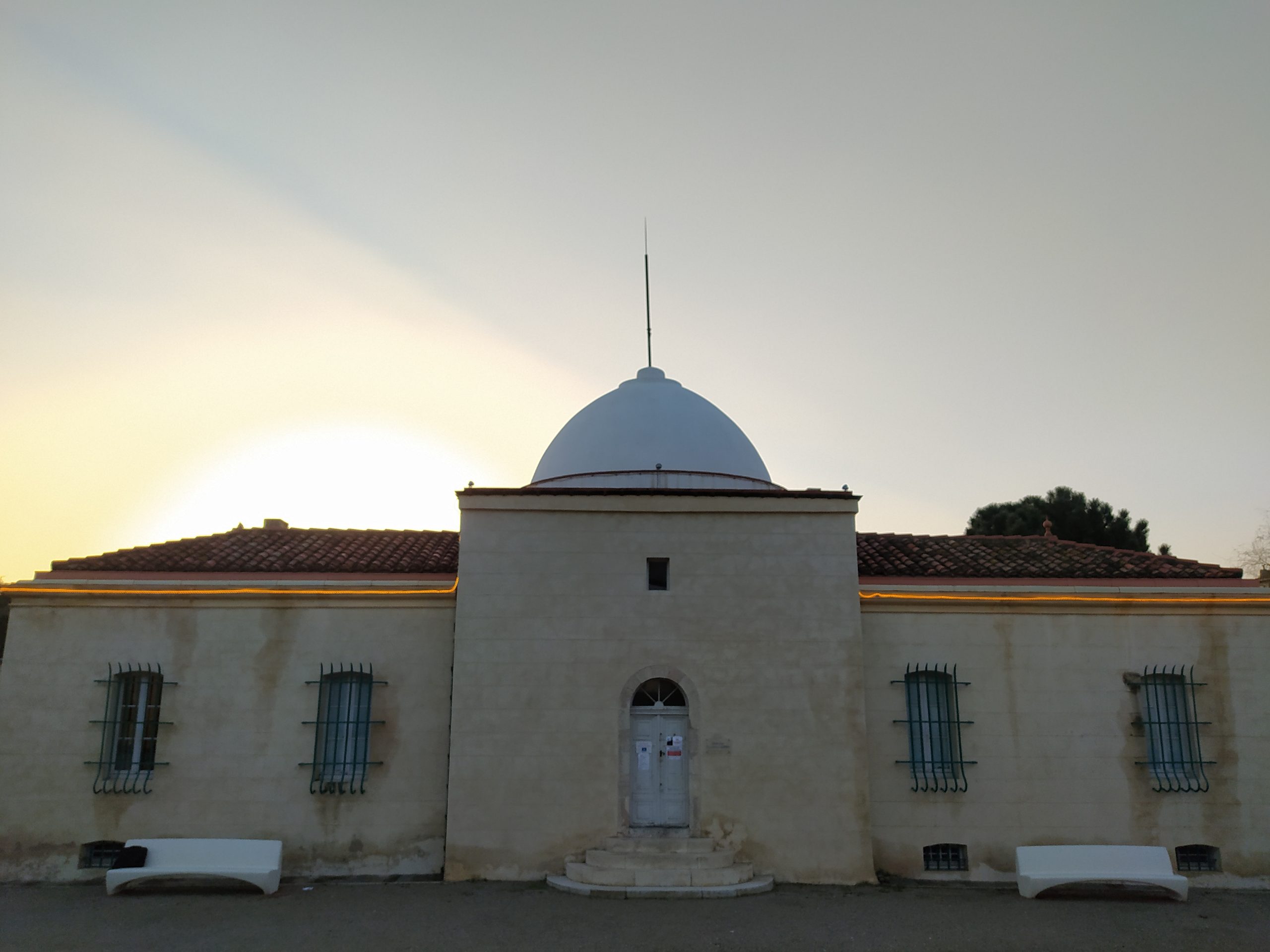 We are on the north-west side of the water on the road goind to Fort Fanal and we are above the Gerbal Cove (Anse Gerbal) looking to the south-west.

This watercolour represents, in the foreground, the Gerbal Cove where the view has changed a lot. When the work was done, the little bay was edged by a sandy beach where the fishermen placed their wooden Catalan barques in front of their little cabins, constructed on the shore.

Nowadays vestiges of that era lie in front of us, with only areas of carenage (boat maintenance), the ice factory and refrigerated buildings, remaining.

‘The Town’ is represented in the background.

To the left Mackintosh has painted the fort of the (Presqu’ile) Isthmus, which was destroyed and replaced by the commercial harbour.

Light, as always with Mackintosh, plays an essential role and the colorful impression is based on a set of colored grays enlivened by the blue / orange contrast.

In 1975 the Gerbal Cove was completely concreted over. This work enabled the creation of new docks and on the esplanade thus created, a boat cleaning area, an ice factory, refrigerated warehouses, a large fishmonger and a fish auction house were installed. The trawlers came to unload their catch intended for sale at the auction. But following the disappearance of resources, fishing activity declined sharply, causing the gradual disappearance of the number of trawlers and the final closure of the auction house in 2010.