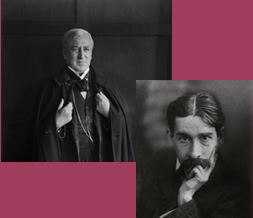 Charles Rennie Mackintosh and those of you who have visited the Port-Vendres Interpretation Centre will have noticed several portraits of Charles Rennie Mackintosh: the iconic portrait of the then young and dashing artist, taken in 1893 by Annan, and also one of a stocky white-haired gentleman who hardly resembles the first. It is, however, this gentleman that the people of Port-Vendres will have met walking along the quays of Port-Vendres, his painting equipment under his arm, or dining at the table of the Hôtel du Commerce where he lived. The second portrait had been taken by Emile Otto Hoppé a few years earlier.

Cathy Bell, our contributor and great friend of the association gives us here some insight into the relationship between Mackintosh and Hoppé and what his photographic portraits tell us of Toshie at the time when this photo was taken.

Portrait photographs taken by an expert and talented photographer can speak to the viewer in much the same way as a painted likeness by a master can.

Emile Otto Hoppé (1878-1972) was such a master of the camera, at one time he was the most famous living photographer in the world

Many of his sitters were famous too, these included politicians, artists, writers, scientists, dancers and royalty. His camera captured in black and white such figures as Rudyard Kipling, Albert Einstein , Benito Mussolini, Aldous Huxley, Anna Pavlova and Jacob Epstein to name but a few.

In a book written by Hoppé himself (first published in 1945) he explains his attitude to business. As the son of a wealthy German banker, he knew the world of finance well, even working as a banker himself before entering into the occupation of professional photographer.

In the book Hoppé explains “I feel grateful to my parents for giving me a sound business training”. He goes on to recall a young man asking his advice on becoming a photographer and holding forth at great length about art and technique. Hoppé listened and then replied “but do you know anything about book-keeping”?
This side of Hoppé’s character is illuminating and goes part-way to explaining why, in 1954 at the age of 76, he sold his entire body of photographic work to a London based commercial picture archive (the Mansell Collection).

As a result, since Hoppé photographed other subjects such as landscapes, street-scenes and exotic travel, his work was lost to photo-historians as it was filed away under subject matter with millions of other stock pictures. Thus, it was no longer accessible by author and Hoppé’s reputation and fame diminished because of this. It was not until 1994 that a photographic art curator retrieved the work from the archive and set about putting together the complete E.O. Hoppé collection.
At the height of his career which began in around 1907 Hoppé occupied various homes and studios in London. His first studio was in Barons Court then in 1911 he moved to Baker Street.

In 1913 he leased a property in Cromwell Place, a building of thirty-three rooms. This house had been the home and studio of the pre-Raphaelite painter John Everett Millais and was later occupied by the artist Francis Bacon. However, in terms of interest regarding Charles Rennie Mackintosh, it is Hoppé’s house at Little Hedgecourt near East Grinstead in West Sussex that is of note. There exists a document which indicates that Mackintosh was commissioned to design an addition to the house (incorporating a studio). This work is said to have not been carried out; however, Hoppé is said to have claimed that some work had been carried out to Mackintosh’s plans. This claim has never been verified so there is no evidence to properly identify and attribute the work to Mackintosh. That aside, this is an interesting link between Hoppé and the Mackintoshes and possibly explains why the photographer captured Charles with his camera in 1920. The document mentioned shows that the planning work Mackintosh completed for Hoppé dates to between 1919 and 1920, at this time Charles and Margaret would have been in their fifties (Margaret a little older).

The black and white portraits that can be seen in the CRM Interpretation Centre in Port Vendres certainly show the couple in their later years and are unlike the younger images of the couple that are more familiar. Yet, this would have been the true likeness of them when they lived in Port Vendres.

The photograph of Charles is attributed to Hoppé whereas Margaret’s (which was her passport photo) is not. However, it seems possible that both photographs were taken by E.O. Hoppé.

The documentation shows that on the 19th February 1920 Mackintosh received £6 from Hoppé as “being final payment to account for work proposed at East Grinstead”. Remembering that the Mackintoshes were not too well-off at this time it is possible that the photograph of Charles at least by the celebrated photographer was taken in part-payment for the work Mackintosh did on the Sussex house.

Charles and Margaret moved to southern France soon after this and, although there is no proof of this (the passport photo we know dates from 1929), it is possible that Margaret used the same photo when travelled to France several years earlier. This is only speculation, however, there is a noticeable similarity in the style and aesthetic of the photographs which suggest they might have both been taken by the same photographer.

And, what of the portraits themselves? Personally, I am attracted to them for the honesty they convey. What the viewer is seeing is two mature, characterful people, Charles clad in a heavy woollen cloak and hat, looks directly at the camera (and at the world). Yet, his facial expression gives little away, there is a sense of someone engaged in private thoughts. The dashing young man complete with dark hair and moustache has gone to be replaced by a mature, still handsome, man of the world.

Margaret is similarly looking directly towards the camera but, unlike Charles, she is easier to read, her demeanour displays a mixture of fortitude and apprehension.

Being situated in Port Vendres where Charles and Margaret spent their final years together these portraits take on a special significance. Both images (whoever was responsible for taking Margaret’s) speak to us in a more immediate way – a way that other older images do not.

Whereas the earlier images are rooted in the romantic past, these portraits belong in the modern age. Having said that, they still record the real-life romantic love story of a couple who were united in creativity and devotion to each other. 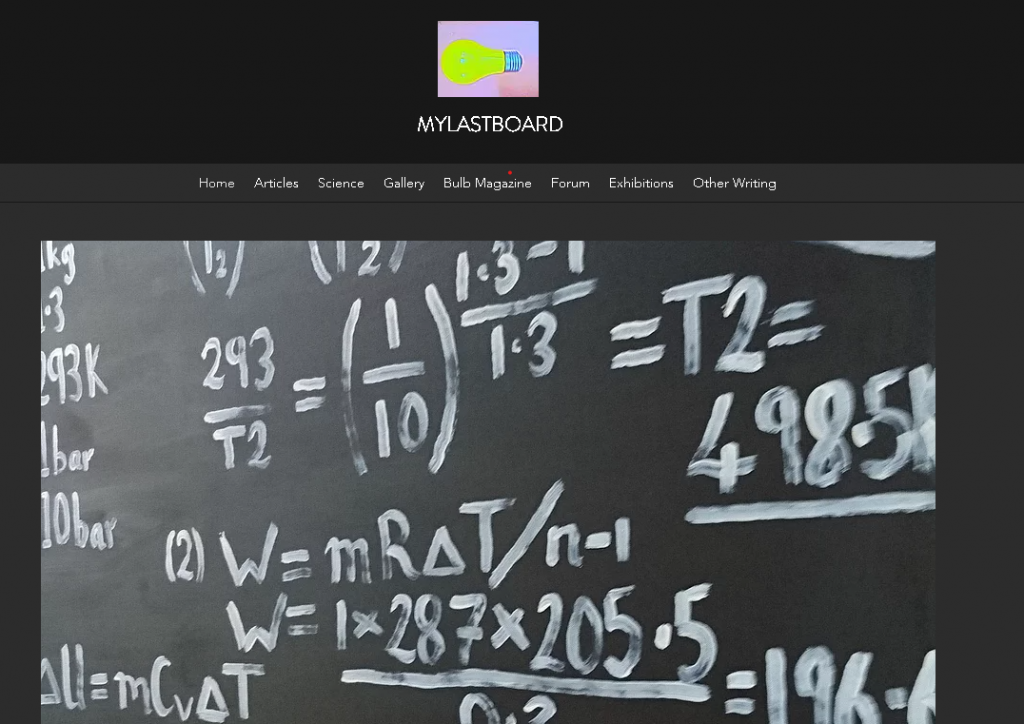 And found Cathy on her myLASTBOARD website by clicking on the following link: