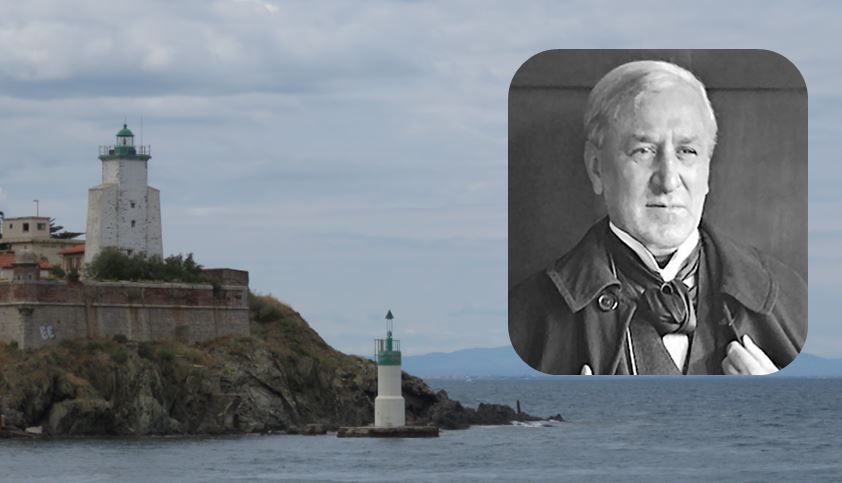 Why this title? It is in fact an article written by a Scottish art journalist, a great fan of Mackintosh and his watercolours in our region. Cathy Bell, the author of this article, published it in the  “Art Work” magazine and gave us permission to post  it  on our website. This title illustrates the relationship our artist entertained with the Mediterranean.

Many thanks to her for the interest and help she has been giving us for more than a year.  she had previously written an article about our Mackintosh Centres published in the March 2019 newsletter: “Le chemin de Mackintosh”.

The French translation is by Sylvie Plas and until our site is bilingual, it can be found as two separate articles on the blog section of our site.

The architect’s memory is being well preserved in Roussillon

WITH BREXIT driving a political wedge between the UK and Europe, it is good to report a cultural initiative which serves to bring the two sides nearer.

A group known as the Charles Rennie Mackintosh Association in Roussillon have been for the past fifteen years dedicated to keeping the work of the Scottish artist, designer and architect alive in France. Founded in 2004 to celebrate the centenary of the Entente Cordiale, the association is based in the Mediterranean town of Port Vendres where Charles Rennie Mackintosh and his wife Margaret finally settled to live out the rest of their lives together. 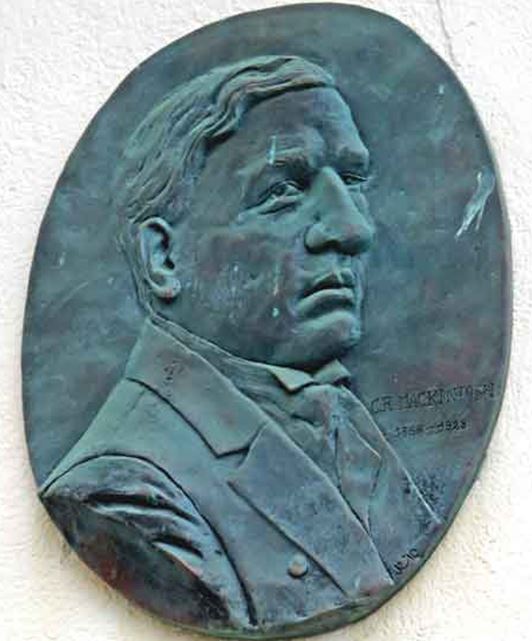 Toshie in a bronze plaque

They were, it is said, to be the happiest days of their lives. Margaret described the area as “this lovely rose-coloured land” and Charles thought it was like a “fairyland”.

Their passion for the area has not been missed by the CRM Association in Roussillon who have operated what is known as the CRM Trail and three interpretation/exhibition centres since its inception in 2004.

The centres are based in Port Vendres, Amelie-les Bains Palada and Ille-sur Tete, all towns where the Mackintoshes lived at one time. The centre at Ille-sur Tete is the largest and newest, being opened only two years ago. 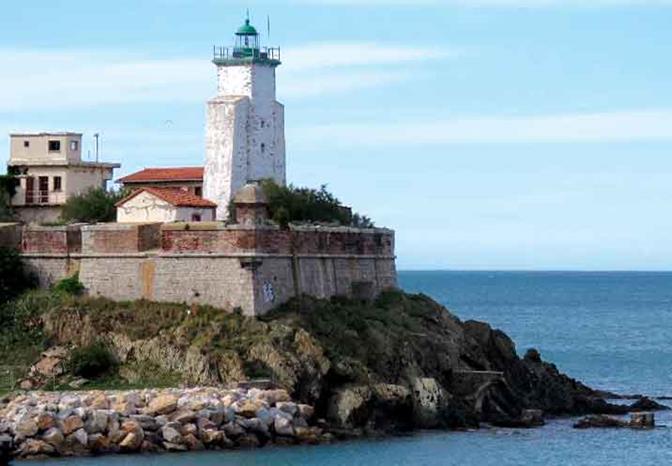 The centres display a comprehensive overview of Mackintosh’s work showing not only facsimiles of his watercolour paintings created in later years in France but also examples of his designs for furniture, textiles, architectural projects and artifacts.

There is also a substantial amount of information regarding the Mackintoshes by way of written text and film documentation. In short, they are a valuable resource for locals and tourists alike to explore the work of Charles Rennie Mackintosh in France and place it in context with his work as a whole and where it fits in with the European art scene of the period.

Unfortunately, by the end of 2018, with the association’s membership in decline, it was felt that steps should be taken to increase membership by organising events and liaising with other cultural bodies.

In November 2018, with a totally renewed management committee, the association set out to achieve some of the objectives necessary to bring about fulfilling these ambitions. One prime objective is to build a relationship with the Charles Rennie Mackintosh Society in Scotland. With this in mind there have been positive moves to create a cross-cultural relationship with the Glasgow-based CRM Society which will be of benefit to both parties.

The association’s secretary, Sylvie Plas, says that “they have begun to build the foundations of what they hope will be a lasting relationship between both organisations”.

On the French side there are ambitious new plans being discussed. These include the possibility of a new venue to house the Port Vendres centre which, at the moment relies on volunteers to man the premises. Therefore, it is hoped that eventually the centre will become part of a complex of cultural/exhibition spaces which will be housed in the building known as the Fort Fanal.

The building, currently vacant, is claimed to be the oldest lighthouse along the French Western coast, dating to the early seventeenth century. A listed building, it is badly in need of repair. It is hoped that in future the building, which is owned by the French Navy and under the control of “la Compagnie des Phares et balises”, will be rented by Port Vendres.

Once it has undergone architectural renovation it would be turned into a centre for cultural associations, including the CRM Association in Roussillon.

Fort Fanal has a connection with CRM, as it is the subject of one of his paintings entitled “The Lighthouse” (1927).

Another initiative being considered in the meantime is the introduction of an educational programme to be implemented at the centres, with the aim of introducing the work of CRM to French schoolchildren who are not, for the most part, familiar with him and his place in the history of late-nineteenth and early-twentieth century art and design.

With the approaching centenary of the Mackintoshes move to France in 1923 an exciting suggestion under consideration is that an exhibition of CRM’s watercolours painted in France should be held on this landmark anniversary.

The prestigious Museum of Modern Art in Ceret could be the venue for the exhibition in 2023, a possibility currently being explored by the Association.

It would be a most fitting location since the Mackintoshes knew Ceret well, having visited at a time when the town was home to a thriving artists’ colony.

Ceret magnetically attracted artists from Paris and farther afield for many years of the first half of the twentieth century. An exhibition in his memory such as this would therefore acknowledge that CRM was indeed part of the modern European movement.

An auld and new alliance.