The largest of our 3 interpretation Centers was opened in June 2017 in a space located in the Castle-Museum of prehistory in Belesta La Frontiere.
A video recounts the life of C R Mackintosh before his arrival in France.
Also, you can find here an exhibition of fabrics designed by the students of the Glasgow School of Fine Arts, inspired by Mackintosh’s designs.
A lovely space is devoted to his furniture, stained glass and ironwork.
The faithful reproductions of his watercolors are mainly those he painted in the valley of the Tet and the mountains where he stayed during the summers: The ‘organs’ of Ille-sur- Tet, Bouleternere, Fetges, Mont-Louis and La Llagonne.
The tour contains an examination of CRM’s inspiration among artists of the time and his influence on many other art Nouveau artists 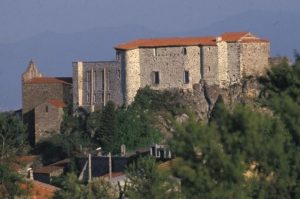 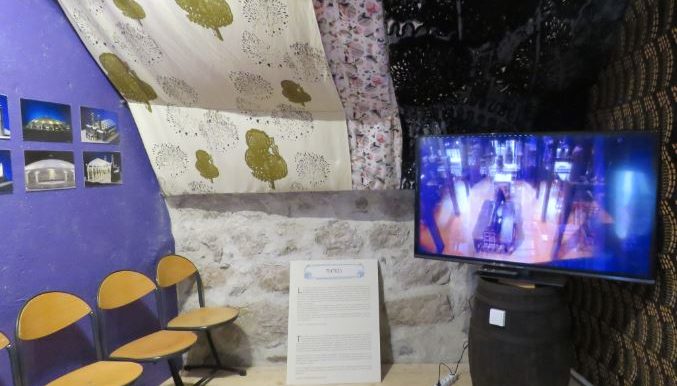 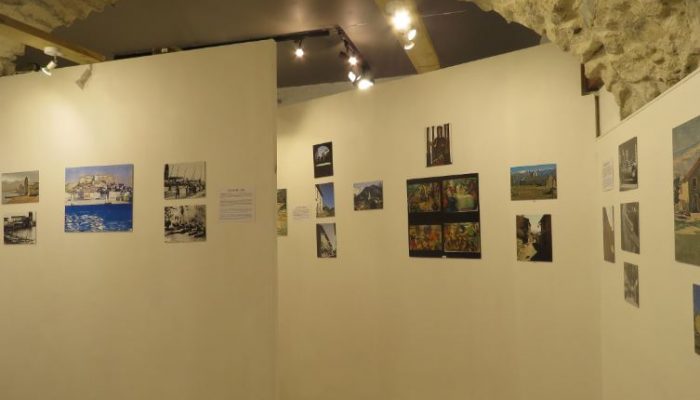 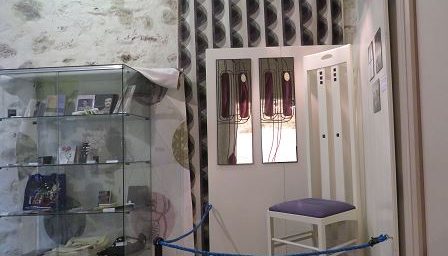 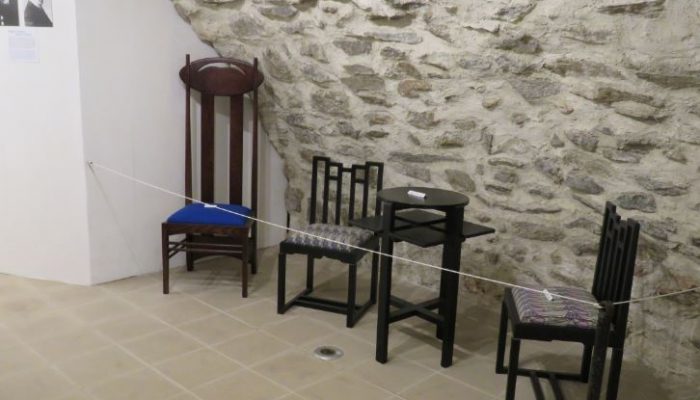 Belesta and its Castle Museum

The CR Mackintosh interpretation Centre at Belesta is housed within the village’s castle museum.

The charming wine town of Belesta (about 220 inhabitants) is located in the canton of the Agly Valley in the natural region of the Fenouillèdes. It once straddled the ancient border between the kingdoms of France and Aragon, lying between the valleys of Tet and Agly. So it held a strategic position in an historic era.

The village, nestled on a rather steep hill (360 meters above sea level), is surrounded by unspoilt nature. The village is dominated by a magnificent castle. From the terrace at the top of the castle we have a superb panorama of the surrounding countryside.

Fortified by Louis IX this castle was occupied successively by different families.

The last occupiers of the place, five sisters, were driven out by the revolution of 1789. The monument gradually fell into ruins.

This 12th century castle, beautifully restored by enthusiasts in the 1980s, now houses the Museum of prehistory. This museum contains archaeological treasures (tools, weapons, adornments and pottery of the middle Neolithic era) unique in Europe, witnessing the daily activities of people of Neolithic times. The treasures of the museum are presented in an attractive and entertaining way and allow us to better understand the life of the first breeders and farmers who lived in the area 6000 years ago.

Objects from excavations carried out following the discovery of the Belesta cave in 1983 are found here. This cave was partially excavated by the famous ethnologist and archaeologist Françoise Claustre, (director of research Emeritus of the CNRS). These excavations showed a very ancient occupation that extends from the Neolithic to the modern time.

This cave, which seems to be part of a network, certainly contains many other treasures due to its strategic location.

For more information about the museum and its activites look up https://musee-belesta66.fr